The Pitfalls of Monitoring Skinks- our elusive native lizards

Picture this, early morning in summer and a couple of people crouched by the coastal path, wearing knee pads, peering into holes in the ground. No wonder the local dog walkers were suspicious! However they soon got to know who we were and what we were up to. The holes in the ground are pitfall traps of lizards, and we are a group of volunteers working with a lizard scientist (herpetologist) to monitor skinks in our local reserve.

I got involved with lizards by chance.  I started out monitoring pest traps at Pukerua Bay Scientific Reserve. Pests we trap and remove include stoats, rats, weasels and hedgehogs. All are a danger to the 5 species of lizards living here, including the only known mainland population of the rare Whitaker's skink. Then came the opportunity to monitor the number of skinks in the reserve during summer. Now I'm a lizard fan.


If you see as skink on the coastal path, it's gone before you can blink. As they are hard to catch, scientists use pitfall traps. Lizards are lured in by the smell of a piece of fruit - the skinks aren't able to get out again but the geckos with their sticky feet can leave any time they want. The pitfall traps have food and water in them and are checked regularly. We give any geckos a helping hand out of the traps. There is some skill to removing the geckos deftly, too hesitant and they'll get their head around to bite your finger, but grab them in the wrong place and they might lose their tail - not a good outcome. Then the skink species are lifted out one at a time, identified and released.


Identification is the next tricky bit, it's not as if the pattern on their back provides the answers. We have to look at their eyes - common or grass skinks have yellow irises if you can get close enough to see, but red irises don't help distinguish between brown skinks and copper skinks; their underbellies - copper skinks are coppery underneath but brown skinks can also have orange or yellow underbellies too; the pattern around their mouth - copper skinks have a distinct 'teethy pattern'; and so on.  We needed a lot of help from our herpetologist to learn the key things to look for. All the while we had to be very careful how we hold the skinks, they are so tiny after all.


We're lucky that common species: common or grass skinks, brown skinks, copper skinks as well as common geckos are hanging on here. Another project, not far away, decided to monitor the lizard population only to discover that there are virtually none present. The habitat is being restored and the predators removed bit by bit, but obviously there's still more work to be done.

You can't keep native lizards as pets. They are protected under law - it's illegal to hunt, kill, sell, dispose of, or have in your possession any protected species unless you have a permit. But no one has told that to rats, stoats, cats, hedgehogs and mice!

Acknowledgements
This is a Friends of Mana Island project, working in partnership with the Department of Conservation. Many thanks to all the other volunteers and to Don Newman our herpetologist for his patience and advice.

Other blogposts about lizards
Geckos and Skinks - what's the difference?
Geckos in the Spotlight: volunteering on Mana Island
Geckos in the Garden

My books
I've written about geckos and skinks in In the Garden and In the Bush.

Posted by Gillian Candler at 11:04 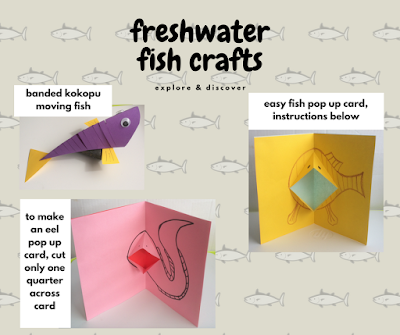