The West Coast of New Zealand's South Island is rich in history and rich in nature's wonders. So it's no wonder that I enjoyed taking part in the week long Storylines National Festival Story Tour of the region. The tour started in Hokitika, where the sea comes crashing in against the beach and surging up the river - sometimes it rained, sometimes the sun shone.
Our team drove up the coast visiting schools, libraries and early childhood centres. Everywhere we went we met with a friendly welcome.

Some schools had book displays, others had books for me to sign, all had children keen to learn about being an author. Here are some of the Greymouth schools...


Even in the towns, nature made itself heard and seen. From the bellbirds/korimako in the main street of Hokitika which seemed to sing constantly to delicate tree ferns and tiny scrambling plants.
Some places on the coast are dotted with nikau palms and amazing rock formations. We stopped for a quick walk at Punakaiki to see the rocks.
We kept on driving as far north as Westport. I went even further up to Granity School which sits on a narrow strip of land between the sea and the bush covered hills.

After visiting Westport's wonderful schools and early childhood centres, we headed inland to Reefton.
Massive rimu and rata tower above the forests of the coast and the rivers run strong thanks to the frequent rain.
After the tour I had a chance to encounter picturesque lakes, edged by swamps of kahikatea and flax.
In some schools and libraries, I read from Whose Beak is This?. It's always so much fun to have the children guessing the birds. Apart from the tūī and kiwi, pūkeko were the best known birds.

With the older children, I talked about writing books and how Ned Barraud and I created In the Bush: explore and discover New Zealand's forests. They loved the book's opening, along with the 'bush at night' scene. The children know so much about their forests and what lives there.
Many children recognised the blue mushrooms (Entoloma hochstetteri) in the illustration above from their walks in the bush. We don't see so many in the North Island (except if we are lucky and have some $50 notes!) so I was keen to find some blue mushrooms on a nature walk before I left.
With some friends, I visited several walks around Lake Kaniere, Lake Mahinapua and also the Woods Creek Track. We saw lots of different fungi on our fungi hunt, but sadly no blue mushrooms!
Everywhere I went, children had stories of their own - about bird rescues and protecting penguins, about seeing ruru or morepork in the bush at night time, about water spiders, about rare lizards and lizard gardens, and about parents or grandparents who tell stories or write books.

At Kaniere School, I bought a copy of The Adventures of Finneus Whitebait written by children from the school.  It is a great story about the journey that whitebait make.
There are so many stories to be told, so I hope more the children are inspired to write from their own experiences about the bush and natural world of the West Coast. I look forward to reading them!


More on Fungi
If you like blue mushrooms too, you could vote for them here  "What's New Zealand's Favourite Fungus?"

About the Tour
I travelled with author/illustrators Ruth Paul and Paul Beavis, along with Storylines representative and librarian Anne Dickson. Many thanks to the Storylines Trust and their sponsors for inviting me to take part and for funding and organising the tour.

Email ThisBlogThis!Share to TwitterShare to FacebookShare to Pinterest
Labels: children's stories, forests, fungi, In the Bush, places to visit, school visits, Story Tour, Storylines, West Coast, Whose Beak is This? 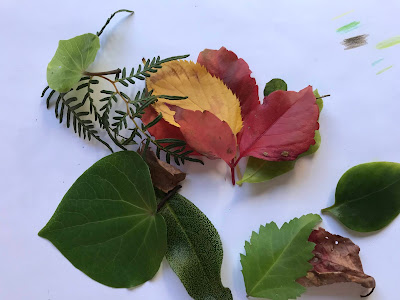